The Wedding Biz – 276: MATT PORTEOUS/Photographer: The Way He Sees The World

“I’m lucky now because I get to go to really beautiful places and photograph wonderful people.” Listen, as Andy Kushner and his guest Matt Porteous discuss the small island he was born and raised on, when he became interested in photography, how the way he saw the world differed from other kids his age, his years surfing and taking pictures plus much more on this episode of The Wedding Biz Matt is an award-winning photographer who has gained a world-class reputation for his exquisite documentary style photography. Matt is considered the Royal Photographer for his work with the Cambridges. He helps change-makers make a difference and shoots on behalf of Ocean Culture Life, a global community of storytellers, photographers, filmmakers, and environmentalists whose lives have been shaped by the sea.  Matt speaks about the small channel island near France where he grew up, how he became a stonemason when he left school, then took off for two years to travel and surf. Matt shares that when he takes photographs, he likes to immerse himself in the culture of whoever is being photographed and how he balances all the different genres and projects he is involved with. Have you ever heard of the documentary style of wedding photography? Matt shares his process with his clients and how he gets the guys he photographs to relax for photos. Matt discusses how he became known as the Royal Photographer, his work with Ocean Culture Life, and with some charities that helps rescue children in India from child labor.

Matt says he feels very blessed to live the life he has and he doesn’t take one moment for granted. During the pandemic, he put together a tutorial to help others navigate the world of photography. This was a very dynamic conversation that you won’t want to miss. Don’t forget to listen to Andy’s new podcast, The Music Makers. It’s a podcast about behind-the-scenes stories from some of the most influential music industry pros around including artists, recording engineers, record producers, songwriters, managers, record industry executives, and more. You can find The Music Makers podcast by searching for that term in your cell phone’s podcast app or going to www.themusicmakers.com.  We are all experiencing quite a bit of stress and other issues during this pandemic. Andy has put together a list of the top ten tips for dealing with stress, which he has compiled from interviews with icons of the wedding and event industry. If you would like a copy, go to www.theweddingbiz.com/toptips.

[02:25] Welcome to the show, Matt! [02:43] Matt speaks about being on a small island called Jersey, which is tucked inbetween Britain and France and is part of the channel islands. [03:43] Matt shares where he grew up and the culture he was raised with. [04:30] Listen, as Matt speaks about when he became interested in photography. [06:04] Matt discusses how he saw the world as a teenager, which differed from most kids his age. [08:09] When Matt left school, he had no idea what he would do with his life. [09:58] He went into the building industry as a stonemason because he was told it was a great way to make money and see the world. [11:02] Matt describes becoming a surfer and traveling the world surfing. [15:00] When Matt takes photographs, he submerses himself in the group’s culture. [17:23] Matt discusses how he balances all the genres of photography that he is involved in. [20:08] Matt describes what documentary style wedding photography comprises. [21:46] Listen as Matt shares his process when getting to know a couple. [24:06] Matt talks about how he gets the guys to relax for photos. [25:32] How did you get chosen to be the Royal photographer? [28:12] Matt speaks about how being the Royal photographer was a game-changer for him. [29:51] “In order to inspire others, you must first tell an inspiring story.” [30:02] Matt shares his work with Ocean Culture Life and change maker storytellers. [31:56] Matt speaks about some charities he has been working with and shares a story about working in India to rescue children from child labor. [34:35] Matt discusses how he has been affected by the pandemic. [37:07] Over the last few weeks, he has spent a lot of free time at the beach at home in Jersey. [39:45] Matt is putting tutorials together on how to through the photography world during this pandemic shut down. [41:23] Thank you so much for being on the show! 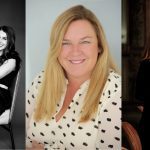