Lighting designer and owner of Images by Lighting Ray Thompson is here today to talk about storytelling with lighting for events and designing lighting for lux weddings. He has over 30 years of experience and an amazing passion for creative design.

He also pioneered the modern event lighting industry. His company has created the lighting for events at major corporations like Adobe, Taco Bell, Gillette, NFL Super Bowl and many more. He has also been involved in premieres and events for major movies and entertainers like HBO, DreamWorks Pictures, Disney/Buena Vista, Elton John and more.

In this episode, Ray shares how he got started and was able to transition his passion into a career and an award-winning company. He also talks about the evolution of lighting, changes in technology, tools smaller designers can use to create amazing lighting, how he finds inspiration and more.

[00:15] Ray Thompson is one of the true icons in the industry for what he does with lighting design.

[00:34] Lighting is critical to telling a story no matter what you’re doing.

[01:28] When Ray was a kid, he was always good with science and math. His dad owned a vending machine company, and Ray had access to the broken machines, so he would create lighting installations in his bedroom.

[01:59] He would even sequence lights to music. He wasn’t sure how to make a career out of this, so he went into electrical engineering.

[02:55] He moved to LA and was an electrical engineer for Hughes Aircraft.

[03:11] While working at Hughes Aircraft, Ray had created some lighting sculptures in his apartment, which a well-known event professional saw and he tells the story of how that led to building a clientele.

[04:01] Ray shares how one of his first big breaks came from Allan Carr.

[06:19] Lighting is a dance from the moment you enter an event. Light creates an experience and storyline through color, texture, and intensity.

[07:47] Ray is very spiritual. He loves color and the study of chakra and color on your being.

[11:36] Ray directs the events, and lights can be used to create total theater for events.

[14:33] We discuss Ray’s concept of the relation between lighting and “the choreography of emotion.”

[16:31] Ray likes to be involved early on in the design process and discusses why.

[16:56] We learn the behind the scenes process behind a project from proposal to end design.

[22:41] Messaging for brands like Tesla involves a unique lighting design approach for a product reveal.

[23:38] Ray tells the story behind designing the lighting for the wedding for a king in Dubai.

[27:09] We get to hear about lighting projects such as the Governor’s Ball for the Emmys, the Oscars Green Room, the Super Bowl, and studio and movie premieres.

[31:00] He has worked with very high-end entertainers from Elton John to Katy Perry.

[32:19] Ray shares his secrets for production efficiency and profitability that he’s learned over the years.

[35:11] Ray shares how lighting technology has evolved since he began in the industry.

[38:49] LED screens will get cheaper and cheaper for video walls.

[39:24] Ray reveals the best way for industry professionals to work with lighting designers.

[40:22] Battery packed pin spots and battery packed uplights are great cost-effective and simple ways for planners and designers to notch things up a level.

[41:07] Going to concerts is inspiration and relaxation for Ray. He also gets inspired by the very creative producers that he works with.

[42:42] Andy thought the video screens and the lighting at the Ed Sheeran concert were amazing.

Colin Cowie & His Interview On The Wedding Biz:

David Beahm & His Interview On The Wedding Biz:

This episode is sponsored by Kushner Entertainment www.kushnerentertainment.com. 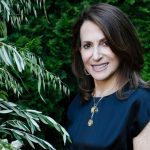