Today we listen to Andy and Rime Arodaky discuss the interview from the 17th with Harold James. Harold James is a unique French hair and makeup artist in that he prioritizes the individual beauty and personality of each and every one of his clients. Harold is a pretty prolific makeup artist, having done work for celebrities such as Bella Hadid, Amber Valetta, Angelina Jolie, Karlie Kloss, Susan Sarandon, and Kendall Jenner. He has also contributed to a number of top publications like Vogue Italia, Vanity Fair Italy, Elle Italia, Harper’s BAZAAR, Cosmopolitan, as well as many others. Andy’s guest co-host, Rime Arodaky, a popular gown and dress designer out of Paris and her company is considered a “Bridal house for Rebel Goddesses.” And “Inspired by women who are unapologetically themselves.”  Rime was featured on The Wedding Biz in episode #255.

SUPPORTING THE WEDDING BIZ Become a patron and support Andy and the show! If you are so inspired, contribute! 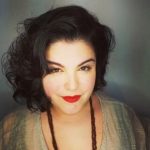