Listen as Andy Kushner and Michael Uncapher discuss Lisa’s winding road to the event industry, how she taps into the “intangible soul” for an event, how important she feels lighting is to any event, plus much more on this episode of The Next Level. Michael is the Co-Owner and Managing Director with Mark’s Garden out of Los Angeles. Mark’s Garden has crafted floral designs for the Academy Awards Governor’s Ball for the past twenty-six years, plus television Emmy Awards, Golden Globe Awards, top-level civic events and a long list of celebrity weddings including Pink, Gwen Stefani, Heidi Klum, Jennifer Lopez, and Jessica Simpson to name a few. Lisa is a world-renown celebrity event planner, receiving accolades from Vogue, Harper’s Bazaar, Brides, BizBash, Martha Stewart, and many more. She planned events for Kobe Bryant and produced some of the most iconic celebrations, including the weddings of John Legend and Chrissy Teigen, and Kate Upton and Justin Verlander.

Listen, as Andy and Michael chat about Lisa’s unique perspective on finding the intangible soul of an event, how important lighting is for an event, and Lisa’s preference for natural light. Michael shares how important Instagram is for showcasing your work and why he sometimes takes the unique approach of taking a picture with his phone at an event to see how his creations will look on Instagram, what a great idea! Also, Andy has launched a new podcast network called The Wedding Biz Network, in which he produces podcasts for other people in the event industry, with Sean Low being its first member. Sean’s show, The Business Of Being Creative, comes out every Tuesday and stay tuned for more new show announcements coming soon. 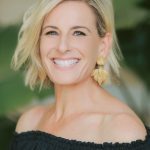 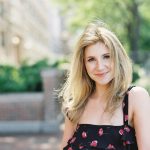